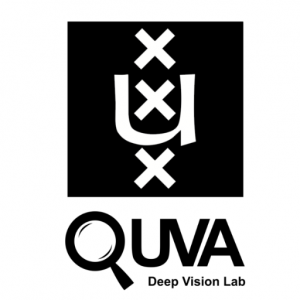 By completing a jig-saw-puzzle during the official opening on September 15, Senior Vice President Nagraj Kashyap and President Dymph van den Boom marked the start of the new public-private partnership between Qualcomm and the University of Amsterdam: the QUVA-lab.

The mission of the QUVA-lab is to perform world-class research on deep vision. Such vision strives to automatically interpret with the aid of deep learning what happens where, when and why in images and video. Deep learning is a form of machine learning with neural networks, loosely inspired by how neurons process information in the brain. Research projects in the lab will focus on learning to recognize objects in images from a single example, personalized event detection and summarization in video, and privacy preserving deep learning. The research will be published in the best academic venues and secured in patents.

Qualcomm is the world-leading provider of processer and radio technology for mobile devices and especially smartphones. Qualcomm ships over one billion processors annually, which includes wireless radio processors (2G/3G/4G, WIFI, Bluetooth) as well as the CPUs, GPUs and DSPs that integrate into the Qualcomm Snapdragon System-on-Chip. Bringing computer vision together with machine learning—with an emphasis on mobile and embedded use cases—will foster new approaches to more intelligence in smartphone cameras, robotics, automotive and Internet of Everything applications.

The establishment of the QUVA-lab was motivated by Qualcomm’s acquisition of Euvision Technologies during the summer of 2014. The spin-off of the UvA-lab of Arnold Smeulders, at the University of Amsterdam, became Qualcomm Research Netherlands. Qualcomm Research Netherlands conducts R&D in computer vision by learning. QUVA-lab, which will form part of the UvA’s Informatics Institute at Amsterdam Science Park, is a further extension of the academic research in computer vision and deep learning.