Against the background of a highly speculative rhetoric around the transformative potential of ‘AI’, military forces worldwide are increasingly experimenting with pattern recognition, natural language processing, sentiment analysis and facial and image recognition. Such applications can inform a wide range of decisions, from lethal decisions about who or what to attack and when (such as in the case of the infamous Project Maven), to decisions about military strategy and specific operations. The implications for civilian populations in armed conflict are broad, as these technologies are connected to the spread of digital surveillance, push asymmetry on the battlefield, and constitute and justify their own form of violence.

In this talk, Marijn Hoijtink – Doctor Assistant Professor in International Relations and International Security at Vrije Universiteit (VU) Amsterdam – Anneroos Planqué-van Hardeveld – PhD Candidate in the Department of Political Science at the University of Amsterdam – will discuss recent developments within the field of military AI, focusing on the discursive and material drivers of AI in warfare. Specific attention will be paid to the pivotal role Big Tech and its platforms play in this domain and the experimental relations forged with the military. This talk will be moderated by Ljubiša Metikoš – PhD Researcher in Algorithmic Governance in the domain of law at the RPA Human(e) AI of the University of Amsterdam. 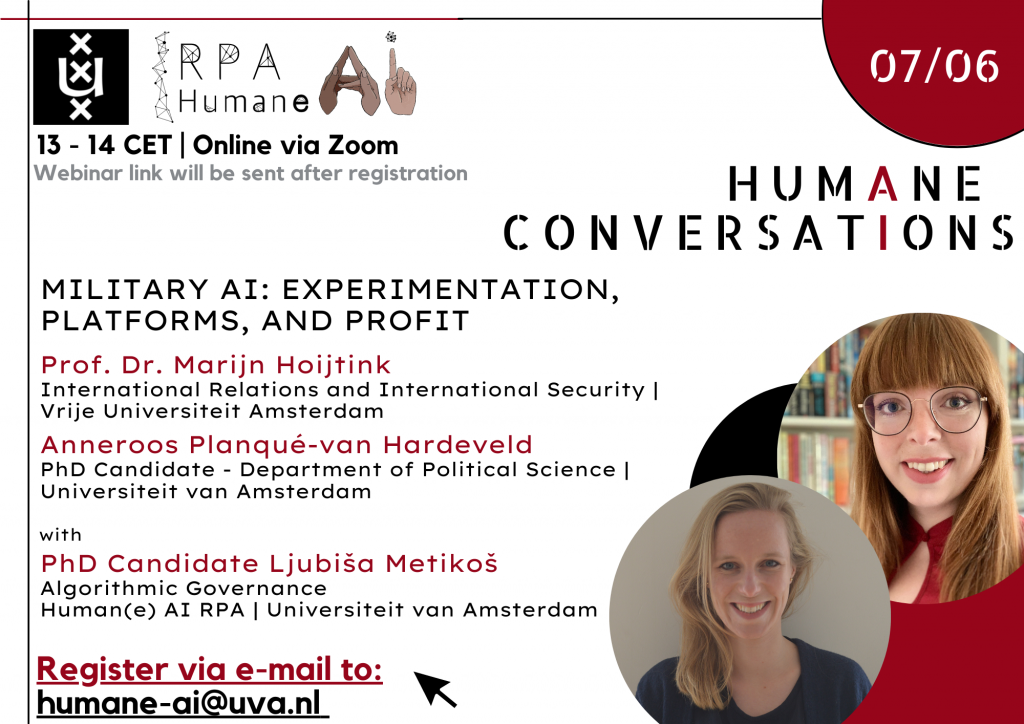